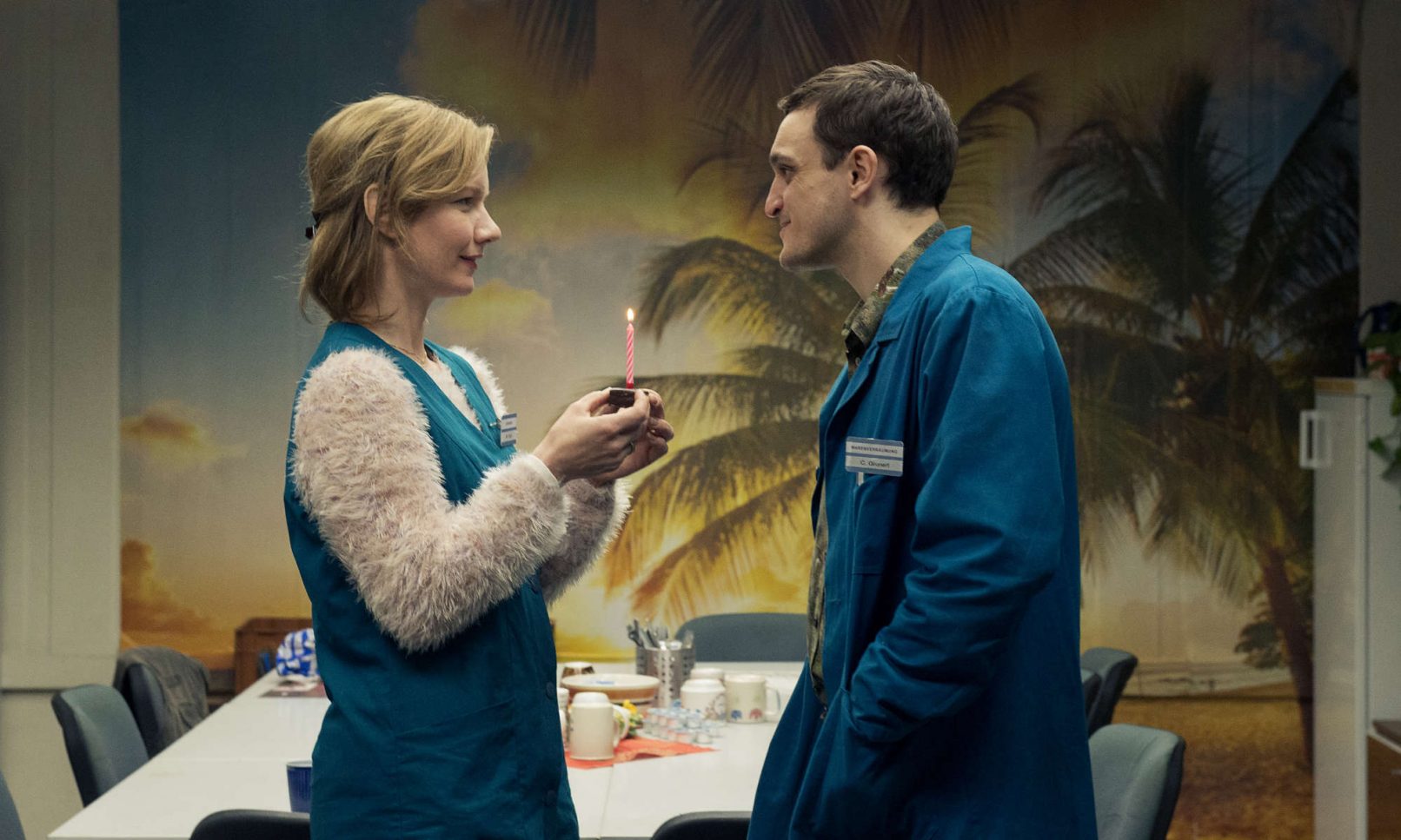 After losing his bricklaying job, Christian (27) begins to work as a shelf stacker at a supermarket.

Christian finds himself in a new, unknown world: the long aisles, the bustle at the ckeckouts, the forklifts. He meets Rudi (“Hi, I’m the boss of the night”), Pallet-Klaus (the only one allowed to run the pallet jack), TV-Jürgen (from the non-food area) and Bruno, from the beverages sector. Bruno shows him how the work is done, teaches him how to operate the forklift, becomes a fatherly friend. In the aisles, Christian also meets his colleague Confectionery-Marion (late 30’s, called after the sector she works at). The coffee machine turns into their meeting spot and they come closer. Soon Christian will be an accepted member of the hearty -in their own funny way- supermarkt family.

FacebookTwitterPinterestEmail
THEY CALLED HIM SPENCER
3 DAYS IN QUIBERON