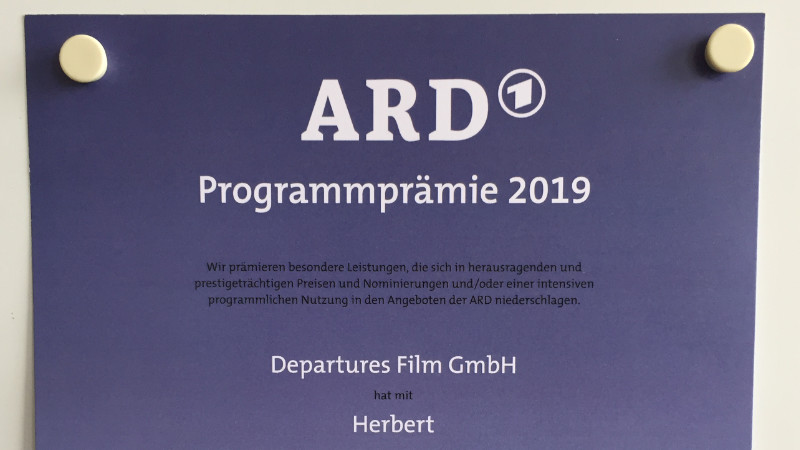 Starting in 2014 public-broadcaster ARD rewards high-class and successful movies and TV-programs a bonus based on a points system of awards and nominations. DEPARTURES Film’s HERBERT (A HEAVY HEART) is one of this years’s awardees in the section “Feature Film”. The certificates were presented at a get-together during the Berlinale.